Since the beginning of 2010 the earth has been moving in Queenstown, literally. More than half of the 750,000 m3 of earth required to construct Queenstown Airport Corporations’ Runway Emergency Safety Area (RESA) in fact. The material has been removed from the Shotover River delta and property of Remarkables Park Limited by the contractor Fulton Hogan. 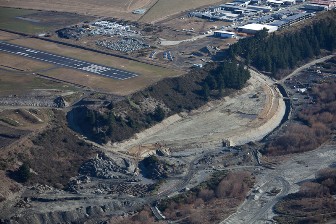 Under a deed of gift, fill material from Remarkables Park has allowed the Queenstown Airport Corporation extension works to proceed uninterrupted over the winter of 2010 with Fulton Hogan and Queenstown Airport on track to meet their 2011 completion deadline.

The removal of the fill has allowed Remarkables Park to complete the bulk earthworks of the Eastern Ring Road through their property. The contours of the land next to the already successful Remarkables Park Shopping Centre have also been eased, ready for future stages of retail expansion.

The project has made extensive use of the latest technology with Autodesk Civil 3d being used to develop 3d contour models for the RESA, development sites and future roading network. These models in turn have been used by Fulton Hogan during construction on earth work machinery fitted with Trimble GIS equipment.

Thank you to Neville Porter Photography for the photographs. 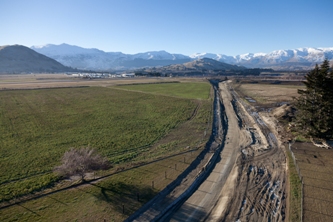